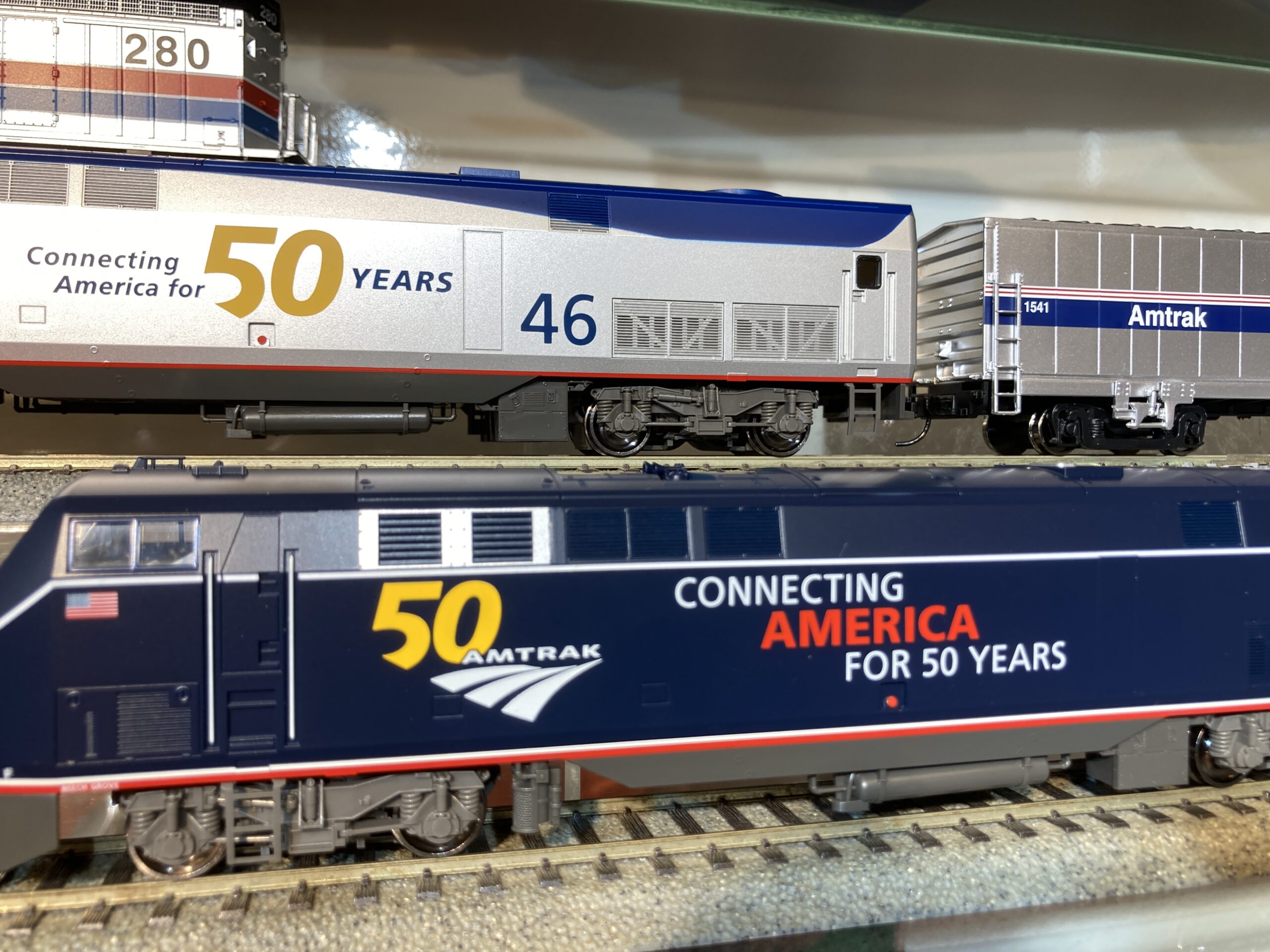 The General Electic P42 locomotive is also known as the “Genesis” locomotive. The P42 is a modern 4200 horsepower passenger locomotive used across the United States and Canada. Amtrak’s P42 has replaced the EMD F40PH in revenue service and today they are used throughout the United States. Since their introduction, they have had a number of physical revisions to improve the ease of maintenance and parts replacements, including a bolt-on fiberglass nose panel (replacing the original’s solid metal which was difficult to repair or replace) and a new headlight bezel that is more rounded than the previous square versions.