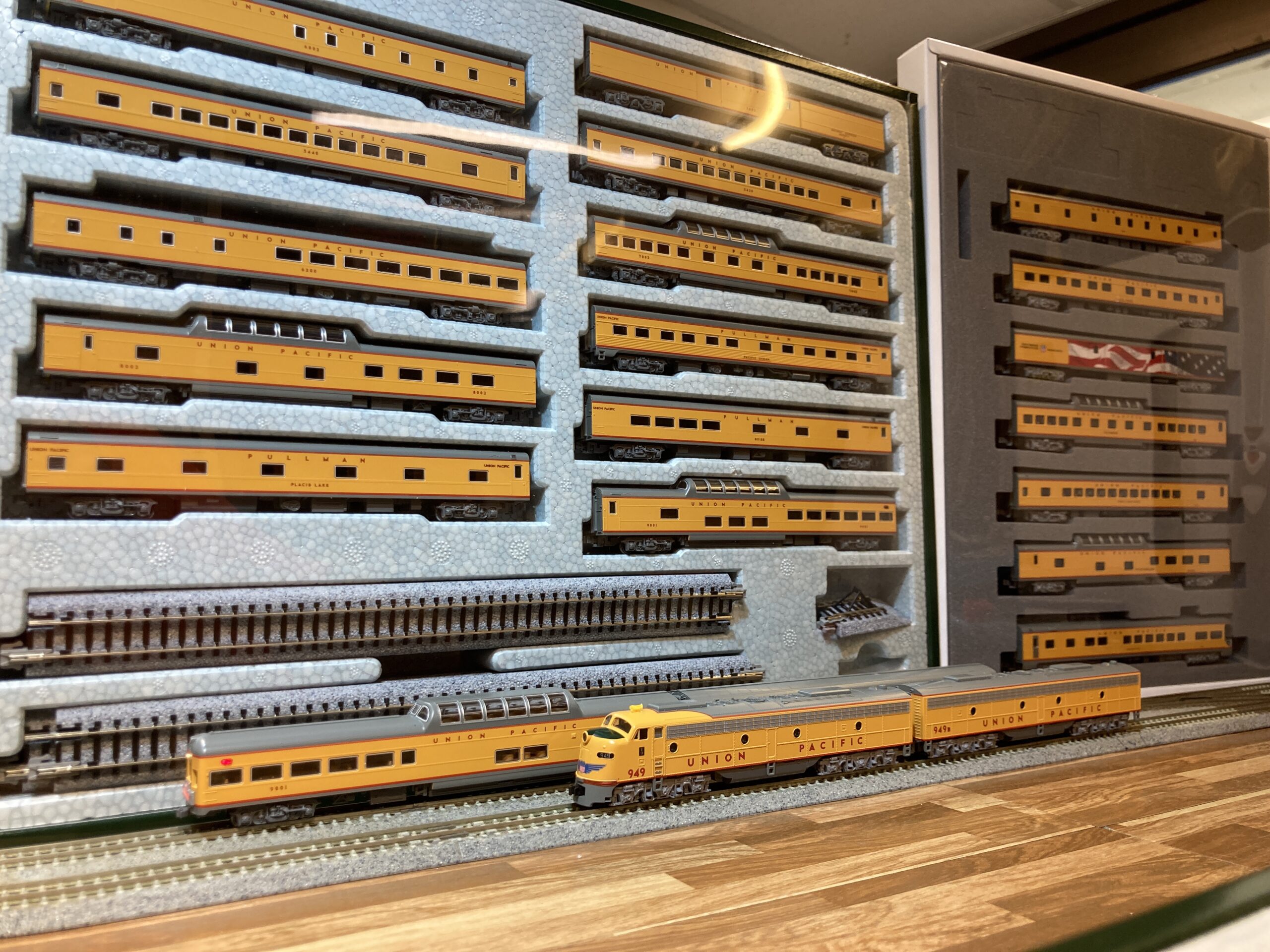 The “City of Los Angeles” was one of the Union Pacific’s “City of” trains, and a direct competitor to trains such as the California Zephyr and Santa Fe Super Chief. With many railroads in the 1950’s vying for the attention of the travelling public, the Union Pacific spend 10 million dollars in 1954 to upgrade its passenger services, promoting its commitment to high quality passenger service as well as creating one of the most iconic trains of the golden age of american railroading.

One of the most iconic images of this train were its dome cars (“Domeliners”), which, like the California Zephyr, granted its passengers with an unparalleled view of the countryside as the train would make its trips between Chicago and Los Angeles.