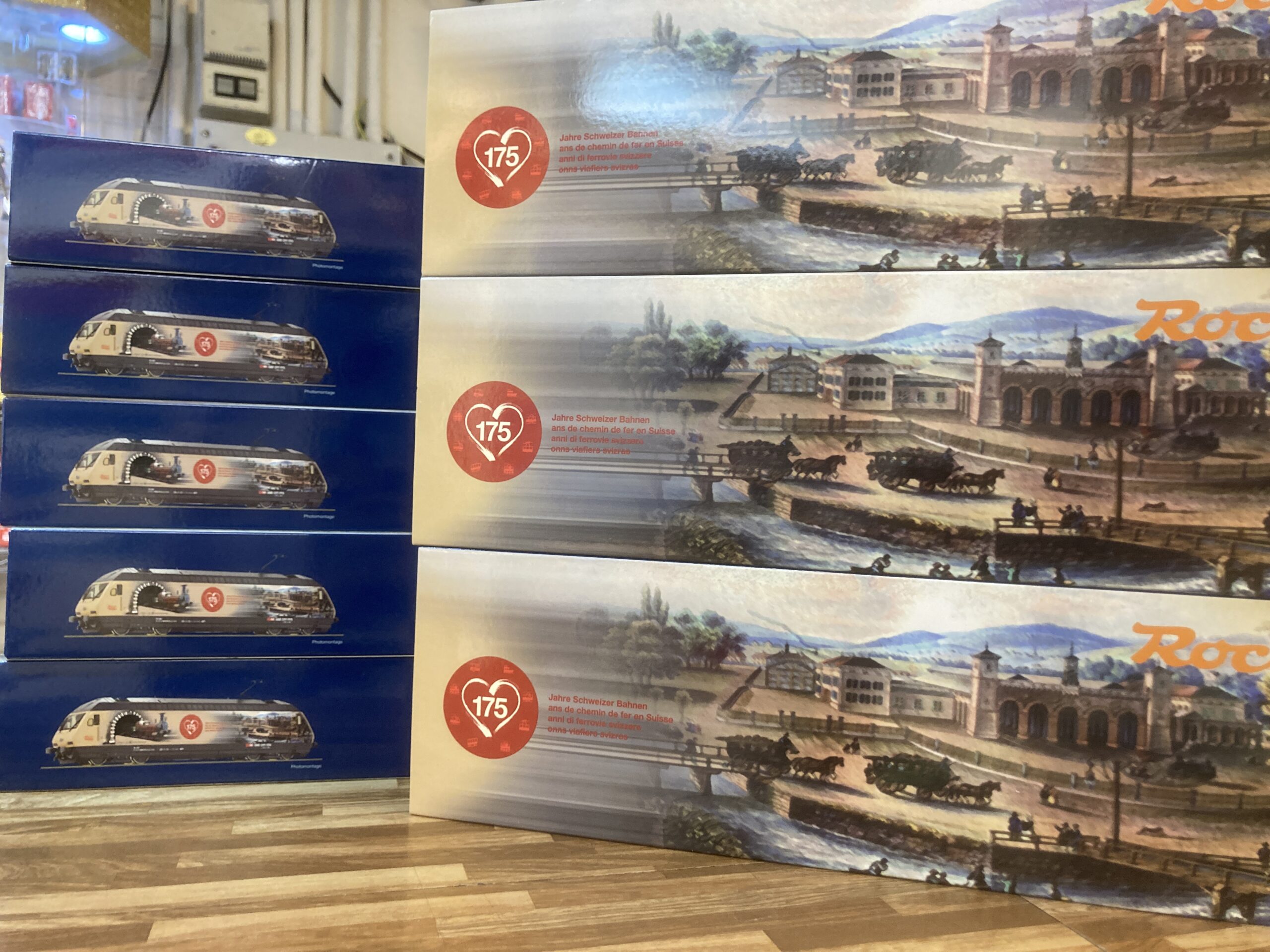 The SBB is celebrating 175 years of railways in Switzerland. On 9th August 1847, the scheduled operation of passenger trains was commenced between Zurich and Baden on the “Spanisch Brötli Bahn”. This represents the start of the Swiss railway network development.
The historic moment in Swiss railway history is to be celebrated fittingly with a year-long anniversary program. The Swiss Public Transport Association, SBB, Postauto and the Alliance Swiss Pass have between them conceived a wide diversity of celebratory events for the general public in five regions as well as the official ceremony planned for 9th August 2022.
A further highlight honouring the anniversary year is the series Re 460 locomotive of ROCO, designed in collaboration with the SBB and the artist Gudrun Geiblinger. The anniversary locomotive has been decorated with two different side designs. On one side, the world-famous “Spanisch Brötli Bahn” commemorates the first railway in Switzerland and the historic Züricher Hauptbahnhof (Zurich main station) radiates the charm of the early railway period. The other side of the locomotive is fully contemporary: it shows the Swiss ICN express train leaving the Gotthard base tunnel, a masterpiece of engineering of the Swiss railway industry.