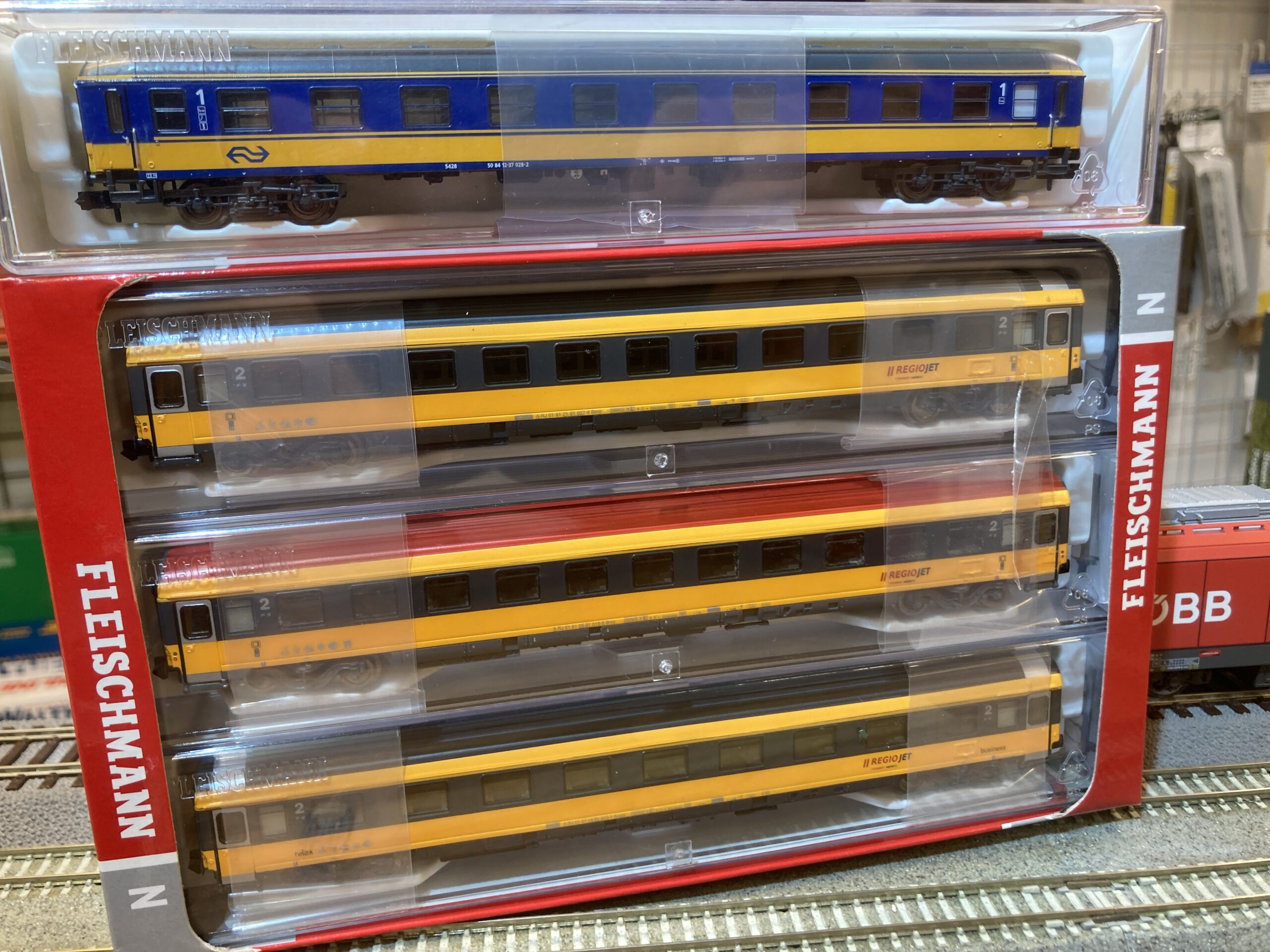 The vehicles used by the Dutch State Railways are former German long-distance coaches.
More than 6.145 express train passenger coaches of the DDB are designated UIC X-coaches. The coaches were put into operation from 1952 on. Some of them were used in D trains for half a century and operated in the Intercity traffic. These coaches offered an unmatched comfort never seen in Europe before.

The “Regiojet” (also RJ or RGJ) is a private railway company in the Czech Republic based in Brno. It is a daughter company of the”Student Agency” which cooperates with the company Keolis. The company also offers long-distance bus travel services and is also represented in Germany on the Berlin-Dresden-Prague route. On December 10 2017, the long-distance traffic was extended as well and with the destinations Vienna-Brno-Prague, “Regiojet” can also offer connections in Austria now.