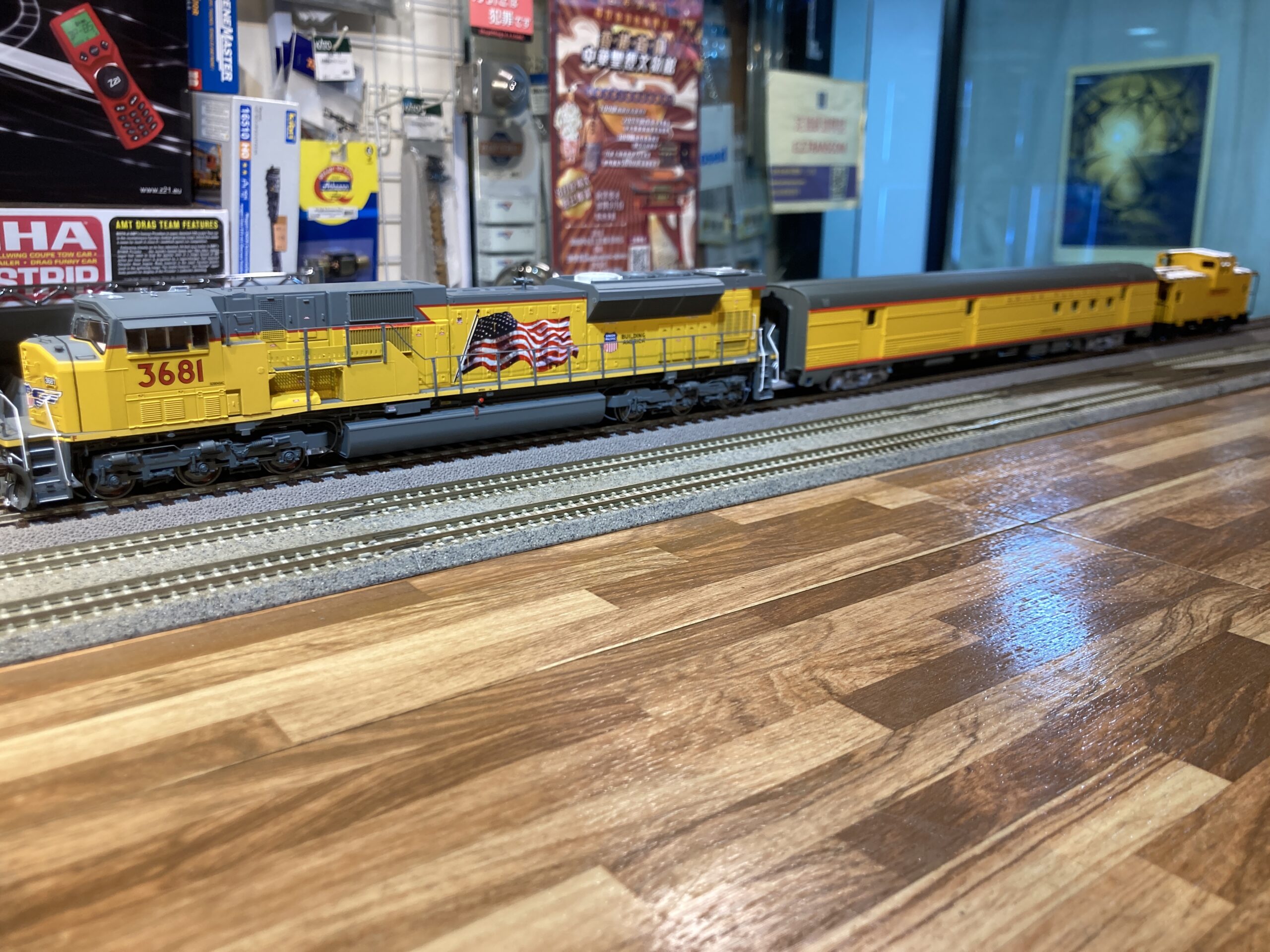 During the horsepower race of the 1990’s, EMD offered an “upgradable” SD90MAC. EMD’s 6000hp 256H prime mover was still being tested for reliability and issues at the time and UP needed power quickly. To combat this, EMD offered the SD90 with the 4300hp 710 prime mover in it’s place until the 256H prime mover was ready to be installed after successful testing. Unfortunately, the 256H was deemed too problematic and the conversion was never completed. UP classed these as SD9043MAC’s. Purchased in 1996, these big brutes were initially used in coal drag service before ultimately being used in other types of service. They were factory delivered with the “We Will Deliver” slogan. By the mid 2010’s, a large batch were sold to NS for rebuilding into SD70ACU’s.