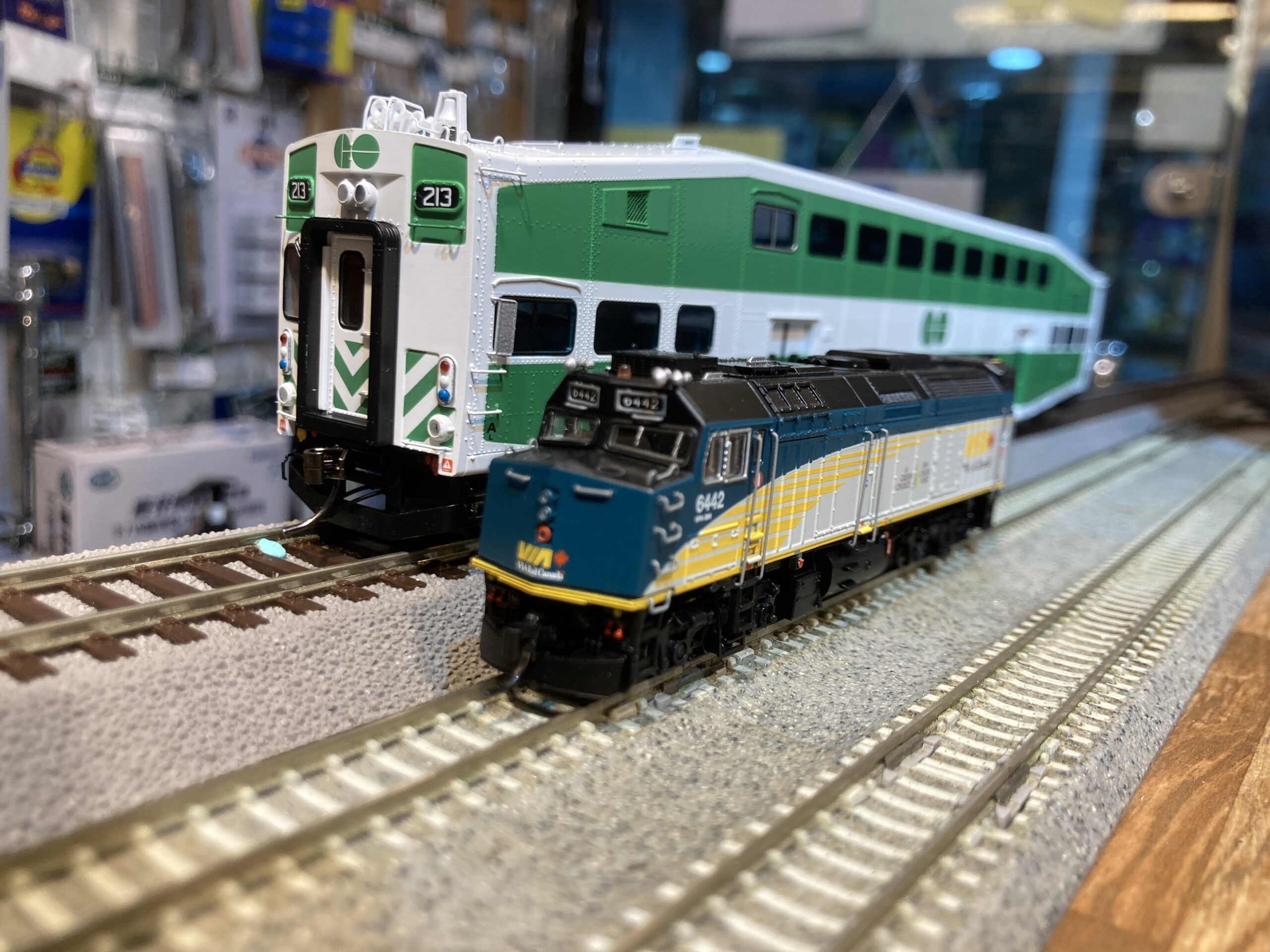 The current Bilevel design, although largely originating in Europe, found its ways to North American rails in the 1970s and has since been put to use by dozens of commuter agencies all across Canada and the United States. Originally designed by Hawker Siddeley Canada, the cars have been manufactured over the years by Hawker Siddeley, Urban Transportation Development Corporation (UTDC), SNC-Lavalin, and today, Bombardier. The cars have always been built at the original Canadian Car & Foundry (CanCar) factory in Thunder Bay, Ontario.

The Bilevel Commuter Car was originally designed in the mid-1970s at the request of the Government of Ontario (Canada) to develop a higher-capacity solution for their GO Transit commuter trains in the Greater Toronto Area. The commuter trains had grown to 10-car single-level trains during peak times and it was felt that the ideal solution was to increase the height rather than length of the trains. Designed by Hawker Siddeley Canada and Dofasco with input from GO Transit, the first coach models entered service in 1976, while the first cab cars entered service in 1983.