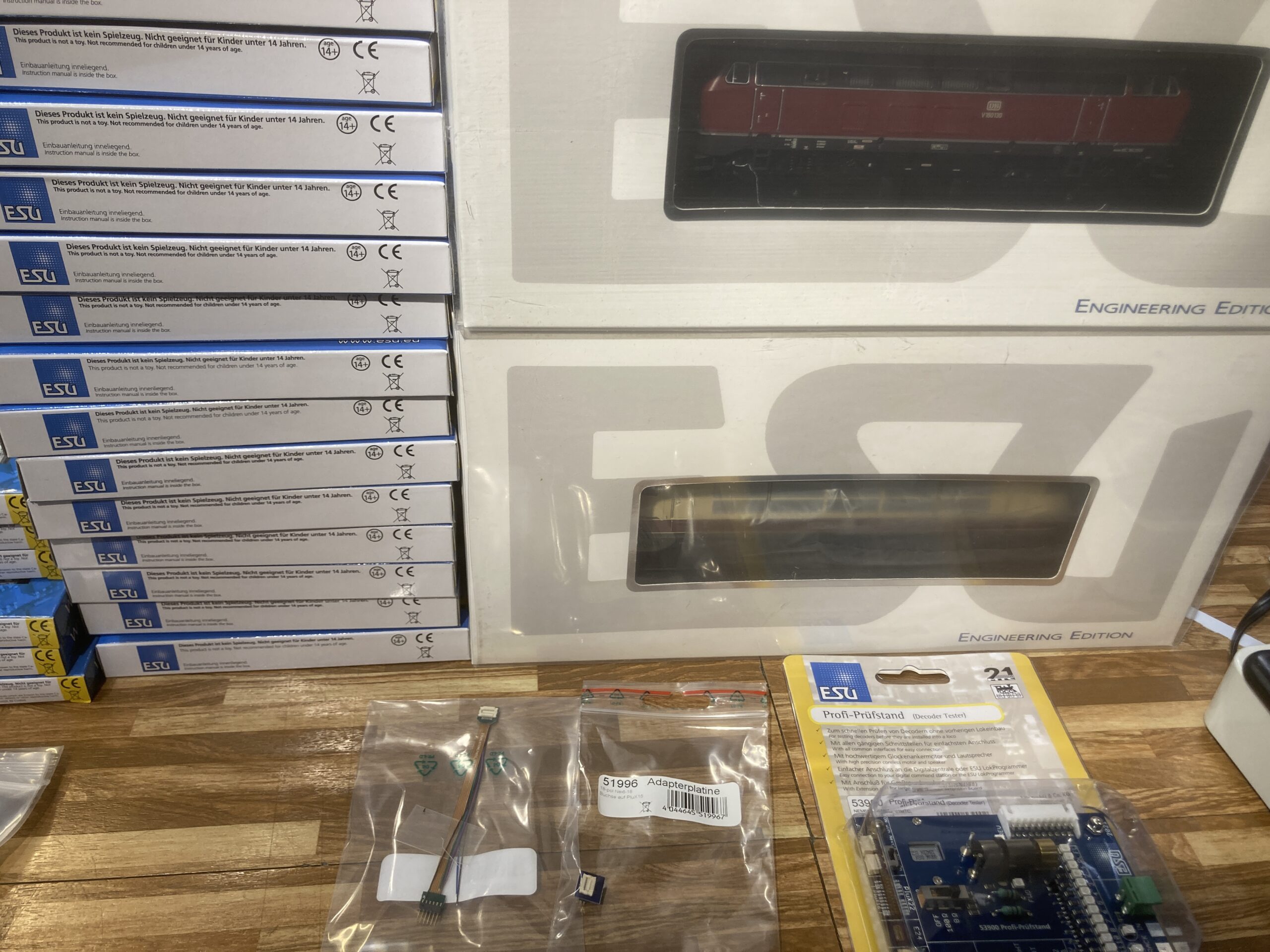 In 1965 four units of the pre-series class E03 were commissioned and the series production of a total of 145 locomotives commenced in 1970. The locomotives were already considered legends during their normal service life.

The Deutsche Bundesbahn (DB) developed the E03 mainly together with Henschel and Krauss-Maffei for hauling light TEE trains (Trans European Express) at high speeds in mainly level country. In 1965 high speed tests were commenced with the E03 001 in regular express train service with a maximum speed of 200 km/h. These runs and the unique shape made the E03 also to the flagship for rail travel. The rounded cab sections were developed as a result of elaborate tests in the wind tunnel and the elegant TEE livery coined the image of high speed rail travel in Germany for more than 30 years.

In 1969 the DB modified the specification for the E03 and increased the total train mass to 480 t at 200 km/h and 800 t at 160 km/h for the serial production locomotives. Therefore the power rating of the traction motors was also increased, namely to 7,780 kW. The serial type class 103.1 could easily be differentiated from the pre-production models due to the second row of ventilation grills along the body sides and the somewhat simplified livery without the silver stripes between the crimson and the beige areas.

During the early 1970-ies the class 103.1 had the opportunity to display its incredible acceleration hauling TEE trains with a maximum of 7 coaches and hardly ever reached the performance limit due to the small number of main line sectors with a permitted maximum speed of 200 km/h. Since all trains travelling at speeds higher than 140 km/h had to be manned by two engine drivers, the DB indulged their staff by lengthening the cabs and thus the overall length of the locomotive in the last production series. By the way, the rule regarding the requirements of two engine drivers in high speed trains was only abolished in 1996. For this reason there are two engine drivers in the ESU model.

The introduction of the IC’79 express train system in 1979 made the class 103.1 to extremely heavy workers. The new InterCity consists were made up of first and second class coaches approved for a speed of 200 km/h. Although these high speed locomotives were now operating close to their performance limit, they were still very impressive due to their great reliability.

In 1990 the German reunification and the foundation of the DB AG enlarged the operating radius of these racers even further. The class 103.1 locomotives have been indispensable for the DB AG well beyond the turn of the millennium.