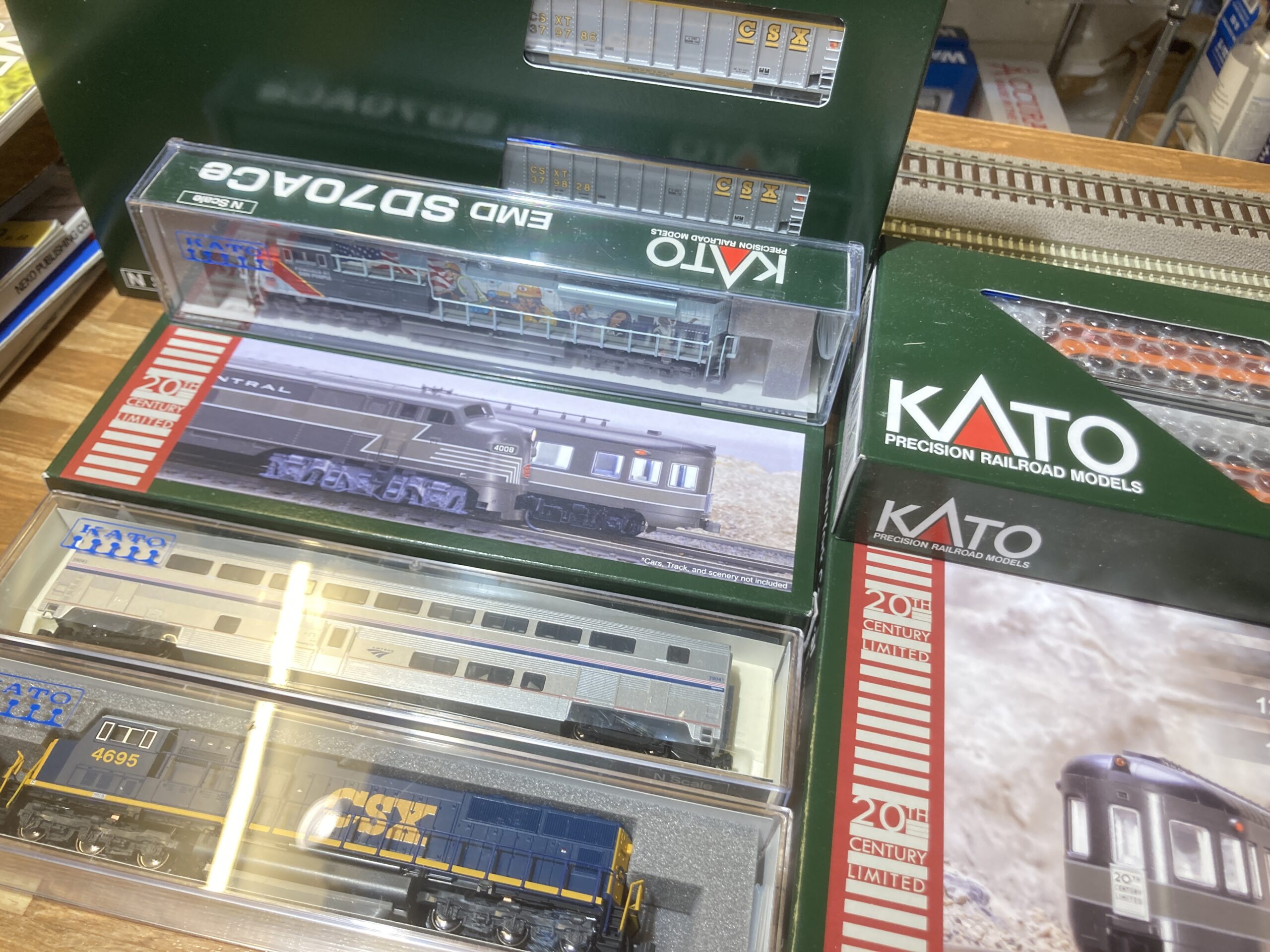 Now, coming in late 2020, Kato USA will finally be paying homage to this classic train in N Scale, recreating the train as it appeared in 1948-1954 (a perfect era match with the “Broadway Limited”), with a sleek two-toned grey color and pair of streamlined E7A locomotives with brand new tooling for this project!