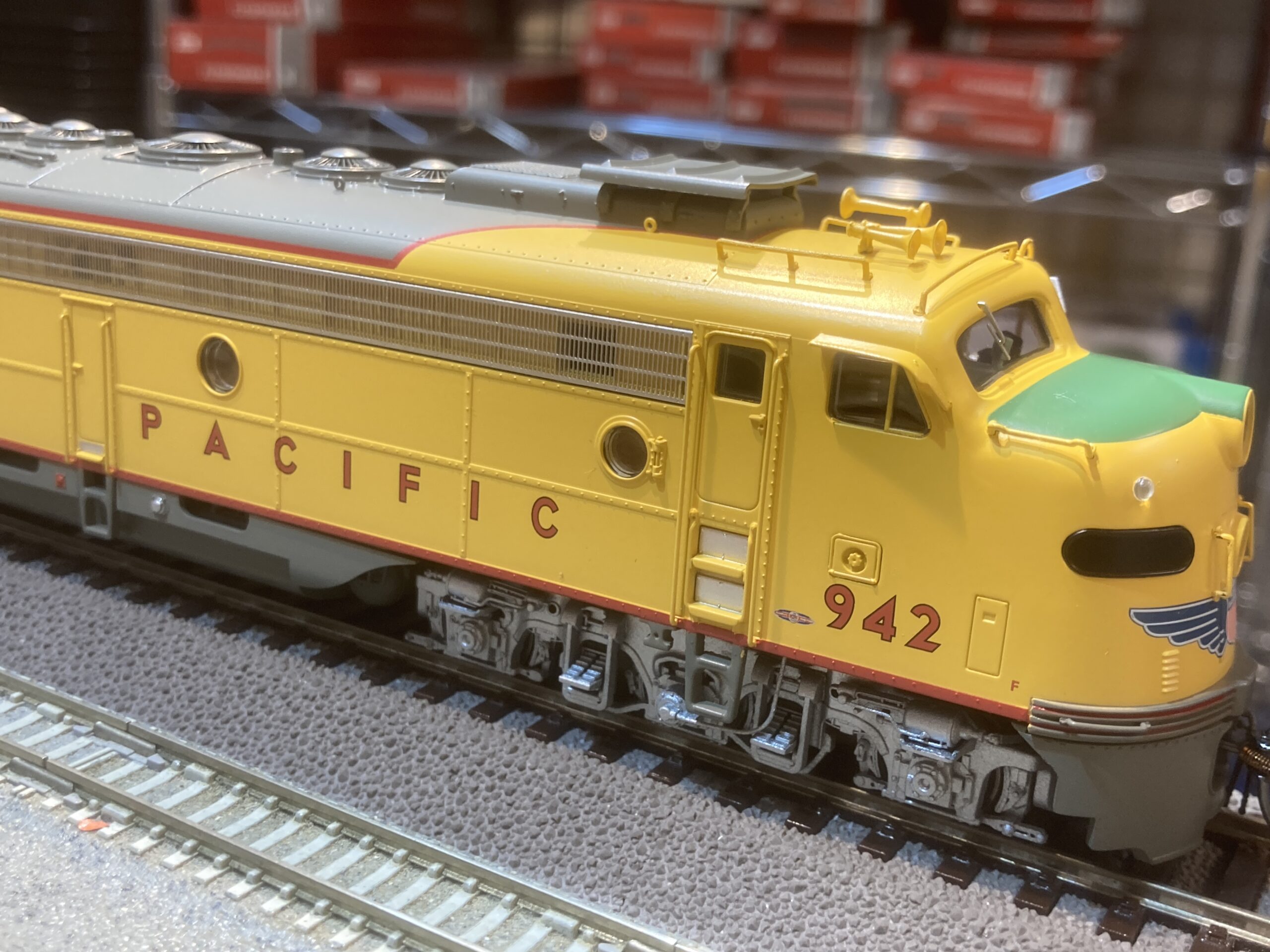 EMD’s E-8 (and successor, E-9) were the quintessential North American passenger locomotive of the 1950s through the 1970s. 450 E8A and 46 E8B units were produced, with an additional 100 E9A and 44 E9B locos following. The first E8s were delivered in 1949, with the last E9 being produced in 1964. These units pulled passenger trains from coast to coast, and later became the backbone of Amtrak’s fleet in its early days. Many more were later used in commuter service before being retired. Today several units live on in museums and tourist railroads throughout North America.