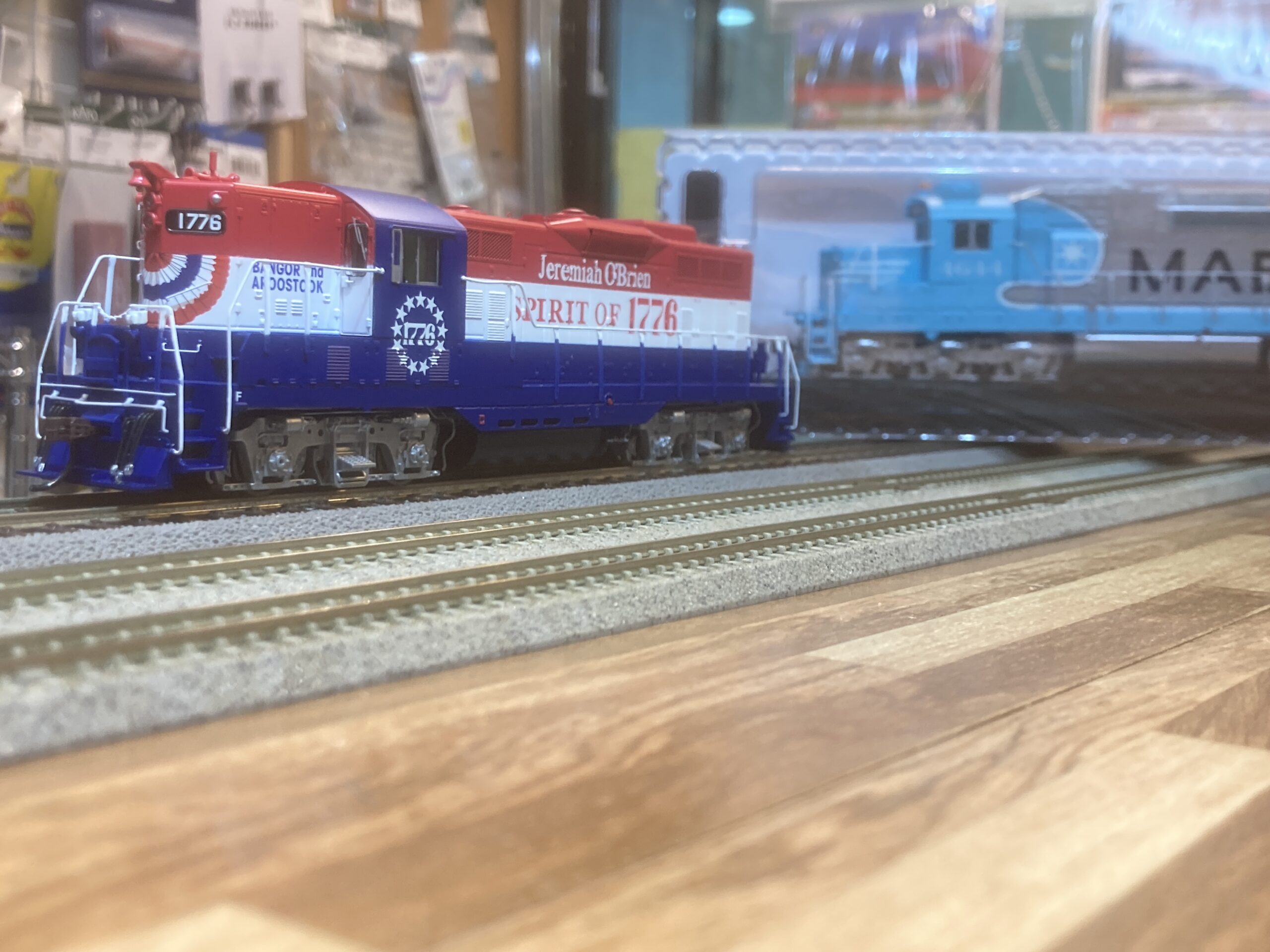 BAR was an early supporter of EMD’s road switcher concept, purchasing 12 GP7s in late 1949 and another 4 in 1952. Starting in the early 1960s, the units were repainted in a simplified solid blue scheme. The former BAR 73 was selected in 1975 to receive a colorful scheme of red, white, and blue to commemorate the nation’s  Bicentennial. The unit carried the name Jeremiah O’Brien, a Maine patriot, and a new number, 1776. The BAR GP7s were true travelers, being leased to the PRR starting in 1951 to assist with summer ore traffic, an agreement which lasted through the Penn Central era. They were also leased to the LV and LIRR to assist with power shortages on those roads.