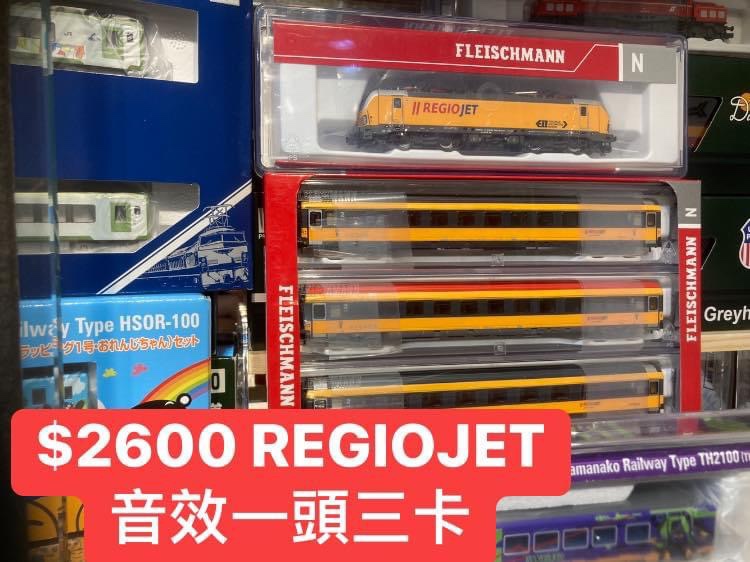 The “Regiojet” (also RJ or RGJ) is a private railway company in the Czech Republic based in Brno. It is a daughter company of the”Student Agency” which cooperates with the company Keolis. The company also offers long-distance bus travel services and is also represented in Germany on the Berlin-Dresden-Prague route. On December 10 2017, the long-distance traffic was extended as well and with the destinations Vienna-Brno-Prague, “Regiojet” can also offer connections in Austria now.

Electric locomotive class 193 of the Regiojet.

Regiojet was founded in 2009 as a subsidiary of the Student Agency in Brno. In 2011 Regiojet took over 28 used Eurofima coaches from the Austrian Federal Railways (ÖBB) and one year later another twelve from the Swiss Federal Railways (SBB). Mainly for the Bratislava – Žilina – Košice connection, which has been in operation since December 2014, the Regiojet has rented an additional three Vectron locomotives class 193 from the company ELL Austria. The Regiojet had another 18 coaches delivered from the ÖBB, so a total of 84 former Austrian coaches became part of the Regiojet rolling stock.