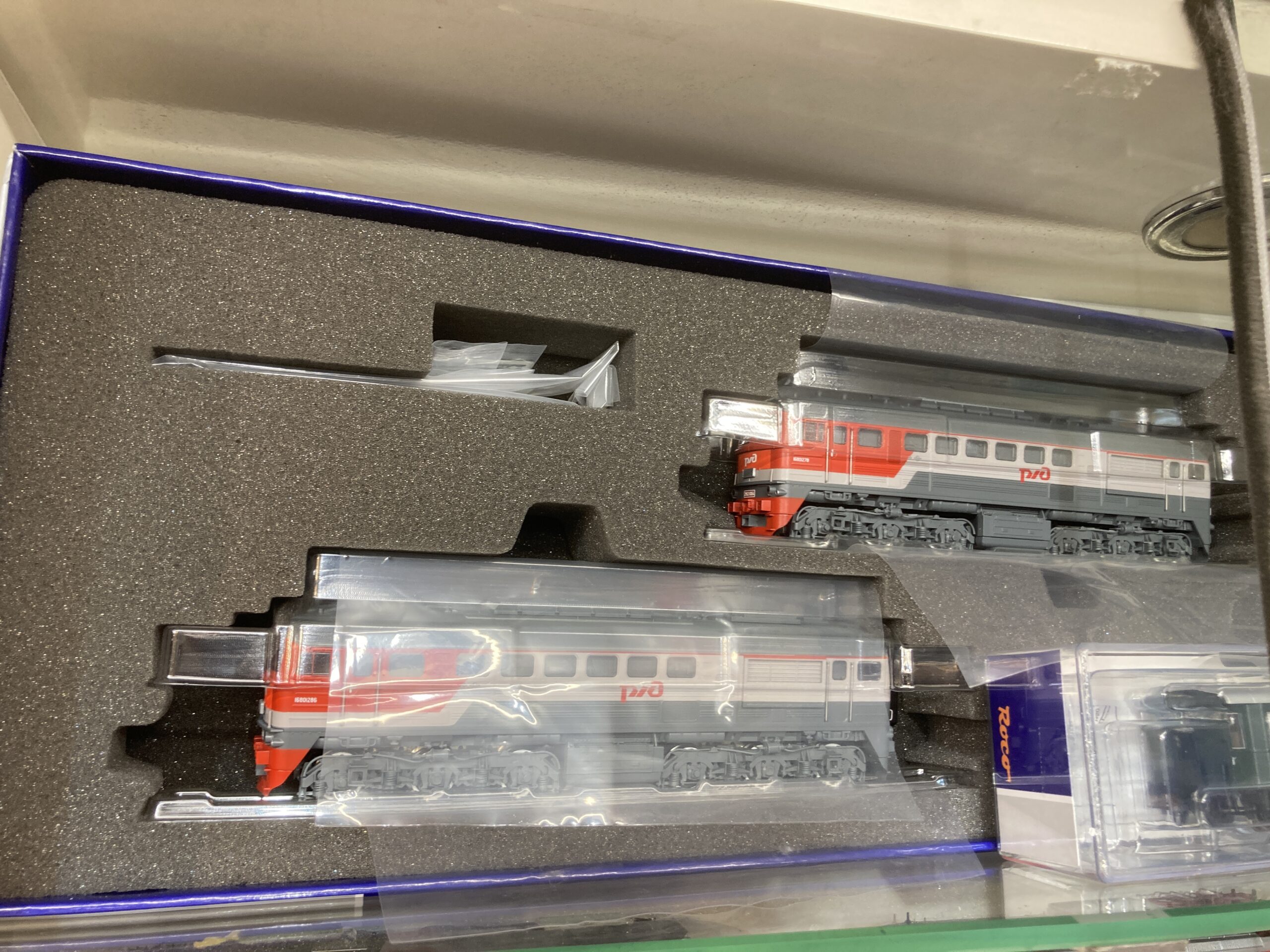 ■ Model in PID design
■ Double section locomotive composed of two locomotives that are permanently coupled to one another; both sections fully equipped with motor and sound decoder
■ Control with only one locomotive address, but used for multiple unit operation
■ Etched radio antenna on top of the roof
■ With set of etched signs included

The locomotive factory “Okoberrevolution” in Lugansk, Ukraine, supplied “Taigatrommeln” “Taiga drums” to the allied COMECON countries as early as 1965. The first locomotives of the class M62 for the Soviet Railways were not delivered until 1970. Far more in demand were the double locomotives designated as 2M62. They were permanently coupled together when in operation and the individual units had entire driver’s cabs only on one end. Between 1976 and 1988, 2,550 individual units were delivered. The first delivery up to class 2M62-0069 still had side access doors at the rear of the driver’s cab.